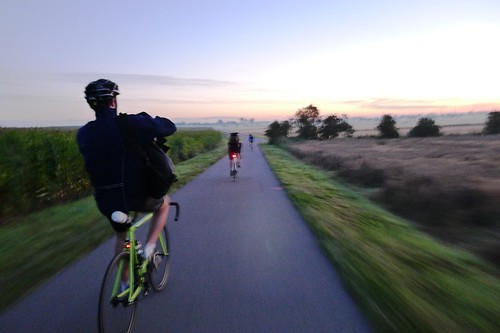 The idea to do a Night Ride from Berlin to the Baltic Sea just came one day before the trip. I wondered what kind of ride we could do the coming weekend… the weather forecast said it is going to be really hot with over 30°C (90 °F) maximum. This sounded perfect for a day at the beach… but not for cycling all day long! That’s how the idea came up to do a Night Ride. According to the weather forecast it won’t cool down below 15 °C (60 °F) during the night… The conditions were perfect. Now the only question was where to? By the predicted weather, a lake would be the perfect destination… What about the Baltic Sea?!? 160 miles overnight without sleep on a fixed gear bike? Is that possible?
After lunch, it was still not out of my head and I called Max to ask him what he thought of the idea… “I’m in” was his answer. Now there was no turning back. We asked some more friends and at the end we were six riders. Max, Gerard, Basti and I wrote on a Fixed Gear bike, Florian on a Cyclocross Single Speed and Leander on a Road bike. 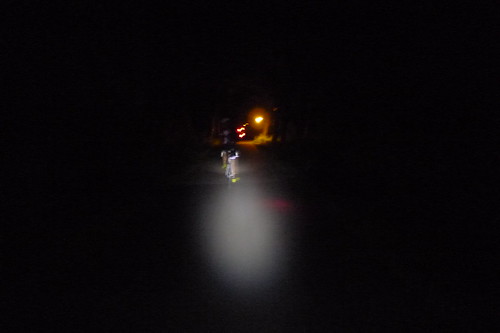 We met on Saturday (Aug, 18th) at 11:30pm at Alexanderplatz, which is in the centre of Berlin and headed off to the Baltic Sea at midnight. No one ever rode this route before. Only Florian knew some sections.

The route which I planned on the previous afternoon led us mostly along the Berlin-Usedom cycle path… which turned out to be more suitable for touring bikes. Cobblestones and narrow forest roads were not perfect conditions for a Night Ride. Nevertheless, the scenery was stunning itself… The silence and the starry skies are simply indescribable.

Initially, we have moved forward quite quickly, and made only a few short breaks to fill our jersey pockets with food. But after around 60 miles we started to feel the first noticeable signs of fatigue. It was four in the night, completely dark and our bodies showed us that they were exhausted. The only thing I concentrated on was the rear wheel of the person in front. Once in front it was even more tiring, because you had to find the right lane for the whole group, considering that they are just starring at your rear wheel now… 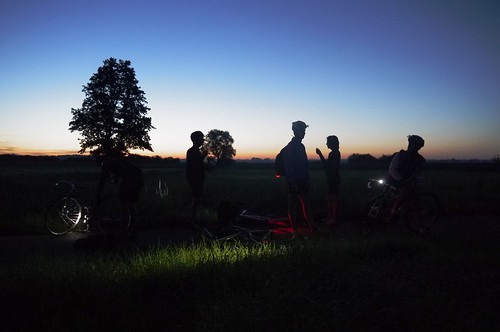 Our lamps were playing shadow games and I started to fell partly into a kind of trance. My brain did not work 100% anymore and my body was focused on the essentials… Left foot, right foot, left food, right food. Then I got into a flow, which I had not yet attained so far. I was exhausted but happy at the same time. All the other passengers had a similar feeling, and we just kept on going… our speed was still at around 19 mph average and there was still good pressure on our pedals.

Unfortunately Basti, the fourth fixed gear rider was struggling with health problems (which I do not want to explain in detail, I only say that the five bananas could not counteract) and had to leave the team at Prenzlau to go back to Berlin by train. 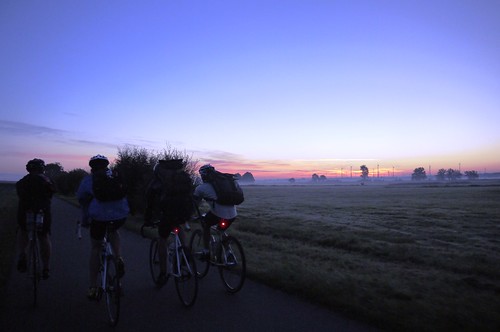 The next few kilometers we were all very quiet… but we had to keep going because our bodies started to cool down. At 5am it finally began to dawn… It was a really nice atmosphere as the sun slowly rose to the sky, the fog was still in the valleys and even a few deer and rabbits crossed our paths.

We were all in good mood and felt already on the home stretch. But then at 7 in the morning at around 110 miles there came another low point… Our bodies were really exhausted and showed it to us. The concentration ceased and the view was on blinders. Until now we didn’t do a big break. So we set Anklam, which was around 15 miles ahead, as our intermediate goal. We didn’t consider that the upcoming miles are mostly on a sandy dirt track. 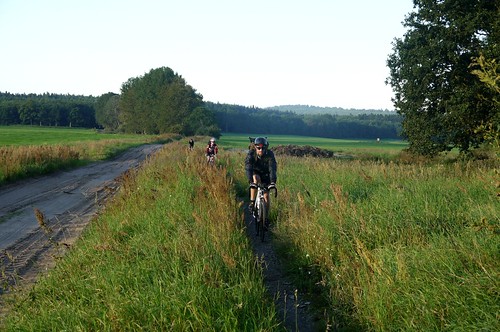 On the last kilometers we went on autopilot mode until we reached the sign “Anklam”. We stopped at the first bakery that we saw and sat down on the green stripes on a parking lot… After numerous croissants and pieces of cake we felt strengthened for the last 30 miles. 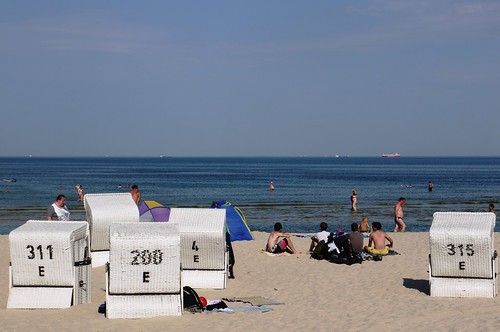 This brake was really good… we easily managed to ride the last 30 miles and finally arrvied at the Baltic Sea. When we arrived at the seaside resort we could hardly believe it. We made it! We were all relieved and had a big grin on our faces! After the obligatory photo, we went into the sea to cool down. Then we relaxed until late afternoon on the beach and went back to Berlin by train in the evening!

Sign in for our newsletter and get your discount code.

Get the latest product updates and exclusive offers!